Foreign Minister of Russia Sergey V. Lavrov awarded veterans of the Great Partiotic War with commemorative medals for the 75th anniversary of the Great Victory. A former RSMU professor was among the awarded.

Alexander M. Nogaller, a professor, doctor of Medical Sciences, member of the New York Academy of Sciences and the International Informatization Academy, a major military medical service officer, was born on May 22, 1920 in Kharkiv, Ukraine.

Since 1921 he lived in Moscow, graduated from secondary school in 1937 and completed his studies at Sechenov University at 1941.

From 1941 till the end of the Great Patriotic War Alexander Nogaller served in the army, first as a senior physician at an artillery anti-tank regiment, then as the chief of a mobile army surgical hospital all the way from Moscow to Berlin.

In 1947 he defended his thesis on "Penetrating Injury to the Chest" at Sechenov University, and in 1960 – his PhD thesis on "Chronic Cholecystitis and its Health Resort Treatment".

In 1967 Mr. Nogaller was elected head of the Department of Internal Diseases and Therapeutic Clinic of Ryazan Medical Institute named after I. P. Pavlov.
Since 1996 he has lived in Germany. 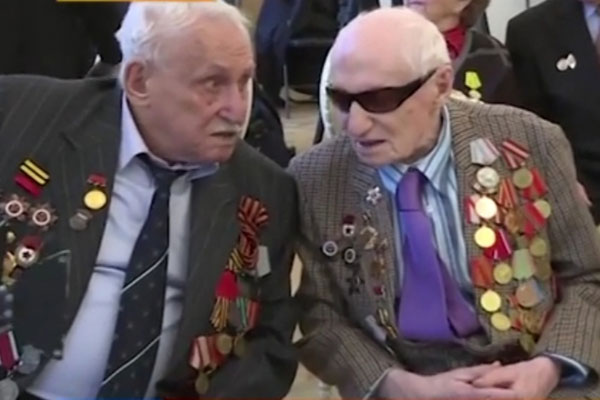